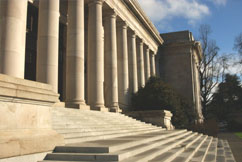 In a unanimous decision, the Washington State Supreme Court has declined to review Clark County’s appeal of the WA State Court of Appeals stormwater ruling.