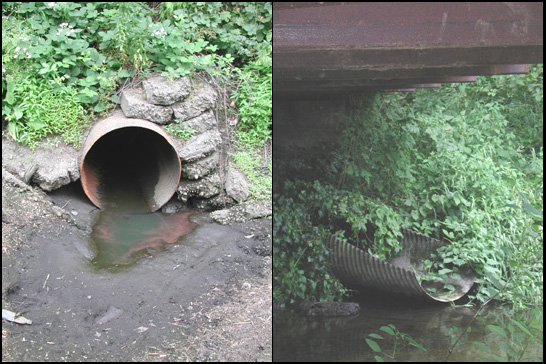 The Rosemere Neighborhood Association (RNA) has long been working to identify sources of water contamination throughout our community. The major waterbodies in Vancouver, including Burnt Bridge Creek, Vancouver Lake, and the Columbia River, have suffered from high levels of various pollutants for many years. Data collected by the RNA clearly indicates that the municipal stormwater system is a major contributor to the pollution levels in these waters. This is not just a problem in the Rosemere Neighborhood, but throughout the City of Vancouver. Data also indicates that the municipal stormwater system carries stormwater that contains extremely high levels of fecal coliform and e.coli (among other contaminents) that are dangerous to the environment and public health. The data further indicates that the source of the bacteria comes from septic tanks that are failing and leaking. Thus, septic effluent is being carried directly into waterways that are known to fail water quality standards for this same kind of bacteria.

Because of these dangers to the public and environmental health, a Citizen’s Clean Water Act Lawsuit has been filed against the City of Vancouver to seek relief from this ongoing form of environmental pollution. The RNA has received support from the following environmental organizations: Waterkeeper Alliance, National Wildlife Federation, Northwest Environmental Defense Center, Loowit Chapter of the Sierra Club, Columbia Riverkeeper, Choctawhatchee Riverkeeper, Neuse Riverkeeper, Puget Soundkeeper, Clark County Trout Unlimited, Sierra Club, Fish First, and Friends of the East Fork of the Lewis River. Additional letters of support will be forthcoming. This Citizen’s action is also supported by the Bullitt Foundation, the Martin-Fabert Foundation, and Northwest Fund for the Environment. Click the links in the table below to view various letters of support received by the RNA for this case (PDF format).

Friends of the East Fork of the Lewis River

Photos taken of stormwater activity from the outfall pipe pictured top left. This photo was taken during an early morning rainstorm. A large and deep spray of white foam flowed swiftly from the pipe. The presence of heavy foam is an indicator of pollutants. Stormwater samples taken from this outfall pipe indicate extremely high levels of E.coli bacteria

The City of Vancouver has been aware for many years that the municipal stormsewer system carries stormwater that is contaminated with high levels of bacteria, and that this is evident of septic tank contamination of the groundwater and stormwater. The chart below shows the concentration of E.coli organisms in stormwater samples collected for RNA’s research since June 2004. These samples were collected during rainy conditions. Please note that the EPA’s standard is only 236 E.coli/100 ml. Anything higher than the EPA standard poses a threat to human health. Please note that all of these samples exceeded the EPA standard, and many of these samples topped the charts for the highest contaminant levels.

All waterborne microbial pathogens, such as E.coli and Fecal Coliform, are potentially infectious and capable of causing illness depending on the dose and the physical condition of the individuals exposed. In addition to bacteria, leaking septic tanks can also contribute protozoan and viral contaminants to the water. When coming in contact with water contaminated with septic waste or sewage, exposure to bacteria and protozoa generally induce gastrointestinal disorders with a wide range of severity. Bacteria also cause life-threatening diseases such as typhoid and cholera. Viruses cause serious diseases such as aseptic meningitis, encephalitis, poliomyelitis, hepatitis, myocarditis and diabetes.

For most pathogens, the severity of illness ranges from mild gastrointestinal upset, fever and vomiting, and intermittent diarrhea to chronic diarrhea, dehydration, liver damage, acute respiratory illness, adverse neurological effects, depressed immune systems and death. Most healthy individuals in the general population usually experience only mild gastroenteritis that is easily controlled and of short duration. Certain segments of the population are especially vulnerable to acute illness (morbidity) and can exhibit high death (mortality) rates. These segments include pregnant women, infants, the elderly and those whose immune systems are compromised by cancer, AIDS, fibromyalgia, neurological disorders, or the drugs used to treat these and other conditions.

RNA’s stormwater samples show high levels of E.coli, Fecal Coliform, Nitrites, Nitrates, Orthophosphorus and Total Phosphorus, all of which contribute to the degradation of water quality. According to the 1990 US Geological Survey of Vancouver and Clark County, this community exists within an identified “sole source aquifer” where ground and surface water have absolute continuity. This means that the pollution caused by contaminated stormwater can (and does) contribute to the pollution of the local groundwater (and vice versa), which is the source of our community’s drinking water.

Working in Partnership with the Clark County Natural Resource Council, the RNA filed a 60-day notice of intent to sue the City of Vancouver in July 2004 for illicit stormwater discharges into various endangered and protected waterbodies. These illicit discharges are continuing violations of the Clean Water Act. Then on October 7, 2004, this citizen’s lawsuit was filed with the US Disctrict Court of Western Washington. 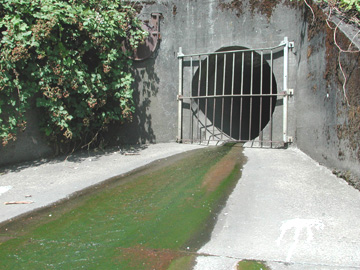