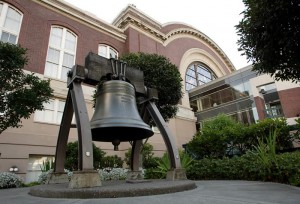 U.S. District Judge Ronald B. Leighton has lifted a stay on a federal lawsuit against Clark County regarding their stormwater management plan. The injunction was issued against Clark County in December 2011, ordering it to follow the state’s default stormwater rules while its stormwater plan was under review by the state Court of Appeals. The stay had been put in place pending the outcome of state court appeals of proceedings before the Pollution Control Hearings Board due to concerns the federal and state cases would conflict.

“The case involves Clark County’s municipal storm sewer system, and the Department of Ecology’s 2007 Phase I Stormwater General Permit for that system. Ecology subsequently issued Clark County a Notice of Violation, alleging that the flow control policy was inadequate.

While those proceedings were pending, Rosemere brought this federal case. It seeks to enforce the Phase I permit, and penalties. This Court stayed the proceedings pending the resolution of the state court action.”

In September, the Court of Appeals upheld a ruling by the state Pollution Control Hearings Board, which said a compromise developed between the county and the state Department of Ecology was not backed by science and was insufficient under federal and state clean water laws.

“The issues in these cases were never overlapping; they were simply similar. That similarity has been greatly diminished in the aftermath of the Court of Appeals’ decision, and the limitation of the issues the County seeks to litigate further in state court.”

From The Oregonian: Clark County could face tens of thousands of dollars in stormwater fines

From The Columbian: Lawsuit against county to proceed: Federal courts can hear stormwater dispute, judge rules