FISH IN VANCOUVER LAKE ARE CONTAMINATED AND UNSAFE FOR HUMAN CONSUMPTION – November 1, 2004 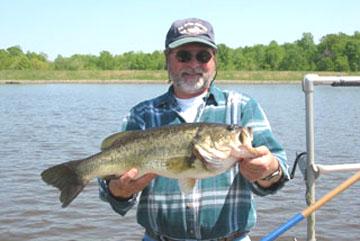 Anglers frequent fishing spots along the Columbia River and Vancouver Lake, and have done so for many years. However, Toxic Monitoring Data from the Washington State Department of Ecology indicates that fish in Vancouver Lake are not safe to eat. This is particularly dangerous for low-income folks who fish in this area out of necessity.

In 1990, the Lower Columbia River Estuary Study showed data where a Carp was captured in the Flushing Channel between Vancouver Lake and the Columbia River. At that time, the flesh of the carp was analyzed, and the results indicated 9 exceedences out of 11 different categories of toxic substances. The carp’s flesh contained dangerous levels of pesticides, herbicides, heavy metals (including mercury) PCBs, and volatile organics, among other toxic substances. This Carp even had sores all over its body, and it was odd that the fish even survived with this much toxic exposure. Vancouver Lake and Burnt Bridge Creek are known to contain carp, as does the Columbia River, but there are many other species of fish that exist in the area.

In September 2004, The Washington State Department of Ecology released the Washington State Toxics Monitoring Program test results, which monitored Toxic Contaminants in Fish Tissue and Surface Water in Freshwater Environments throughout the state. Vancouver Lake was among 8 fish-bearing lakes that were monitored in this statewide study. Five contamiannts were found in fish caught in Vancouver Lake, including mercury, PCBs, DDT and PBDEs. The fish in this study were collected in 2002. 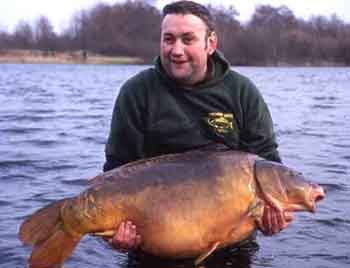 A representative of the Washington State Department of Ecology drew our attention to this matter. The RNA has contacted the Clark County Health Department to ask what will be done to address this documented public health threat. As of the date of publication of this article, local media has not reported this health hazard. Since the local media often reviews information on the RNA website, it is likely that this problem will receive additional coverage.

Vancouver Lake is an endangered waterbody that fails water quality standards for fecal coliform (bacteria) and total phosphorus. Vancouver Lake has also been closed by the Health Department for two years in a row because of toxic blue-green algae bloom that occurs when high nutrient levels, such as elevated phosphorus, build up in the water. When a waterbody is 303(d) listed with a Category 5 classification, it means that the water loses its intended use, such as for swimming or fishing, because of the contamination. The latest Toxic Study adds an additional 303(d) listing for Vancouver Lake — carcinogenic PCBs.

Largemouth Bass caught in Vancouver Lake contain toxic levels of PCBs that exceed National Toxics Rule standards (federal regulations). The standard threshold for PCB toxicity is 5.3 ppb ww, and the fish from Vancouver Lake measure 6.0 ppb ww. PCBs are a group if synthetic chemicals that were banned in the US in 1979. They were commonly used as a fire retardent in transformers, and they readily bioaccumulate in the aquatic food chain. If ingested, fish that contain high PCBs can cause damage to the nervous, endocrine, digestive, immune and reproductive systems of the human body. PCBs can also cause cancer. More than a quarter of all the fish advisories issued in the US are due to PCB levels. Elevated levels of PCBs closed the Hudson River in New York to all fishing for decades. The toxicity of the fish in the Hudson River was brought to the public’s attention by the Hudson Riverkeepers.

Largemouth Bass from Vancouver Lake are commonly caught and consumed by humans. Those who consume these toxic fish are endangering their health, yet there has been no health advisory posted to warn the public. Furthermore, Largemouth Bass from Vancouver Lake and Kitsap Lake had the highest mercury levels of the fish that were tested in 2002, exceeding the 50th percentile for all monitored mercury values.

Mercury poisoning affects the human nervous system, particularly in developing fetuses and children. Mercury comes from the combustion of fossil fuels, metal production, and industrial processing. Methylmercury is the toxic substance that comprises nearly all the toxic mercury in fish tissue. Mercury levels found in Largemouth Bass in Vancouver Lake exceed the EPA’s screening values for subsistance fishers, those who regularly consume fish from the affected area. These screening values are not regulatory thresholds, they are only advisory guidelines intended to protect consumers. The fish tested from Vancouver Lake contain 160 ppb ww of mercury. The EPA screening value that warns of potential health issues for subsistence fishers is 49 ppb ww of mercury.

Chlorinated pesticides, such as DDT, were banned from use in the US during the 1970′s and 1980′s. They were used for decades as an insecticide. DDT is a carcinogenic neurotoxin. Largemouth Bass in Vancouver Lake measured 3.14 ppb, which is below the EPA Screening Value of 14.4 ppb for carginogenic DDT levels. This means that although DDT is present in Vancouver Lake fish, the toxic levels of this substance are not an immediate health threat.

PBDEs are a group of chemicals used as flame retardents in electronics, plastics, building materials and textiles. Like PCBs, PBDEs do not degrade in the environment. PBDEs are associated with developmental neurotoxicity, thyroid hormone disruption, repoductive effects, and liver changes in animals. Recent studies estimate that humans are exposed to PBDEs mainly through diet, and there is currently no established standard on this toxin. Largemouth Bass in Vancouver Lake measured PDBE levels at 1.2 ppb, a level slightly more than the 10th percentile for all measurements of this toxin in fish.