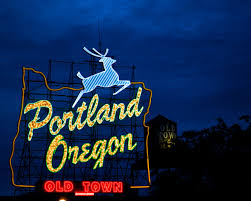 The Portland City Council has become the first in the nation to pass a zoning ordinance banning fossil fuel storage facilities.

Portland Mayor Charlie Hales called it “the first stone in a green wall across the West Coast”.

Portland’s move has been praised by environmental groups, including Rosemere Neighborhood Association, with the hope that Portland be the first of many cities to ban future coal, oil and other fossil fuel facilities.