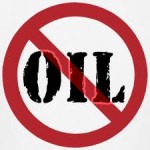 Following record breaking attendance at open hearings in Vancouver and Spokane, EFSEC, Washington State’s Energy Facility Site Evaluation Council, is now tasked with sifting through the volume of public input regarding the proposed Tesoro Savage Oil Terminal at the Port of Vancouver.  A record number of public comments – more than 250,000 – were submitted to EFSEC during the DEIS public comment period that ended January 22.

Even the Washington Attorney General called out EFSEC’s DEIS “…two significant deficiencies in the DEIS: (1) a flawed statistical analysis of train-derailment risk, and (2) insufficient analysis of the effort and investment required to bring first responders along the crude-oil-train route contemplated by the Tesoro-Savage project to a proper state of preparedness.”

Rosemere Neighborhood Association has been vocal in its opposition to the terminal. The environmental risks posed by the terminal as outlined in the DEIS are too great and create excessive and unnecessary dangers to our communities and our precious water resources. RNA public commentary urges EFSEC members do everything in their power to deny the project and recommend Governor Inslee reject the Tesoro-Savage oil terminal.

EFSEC has announced there will be a series of “adjudication hearings” this June, where the various stakeholders in the terminal will present testimony in front of the EFSEC council. The hearings will start Monday June 27 and will be held Mondays through Thursdays through July 29 in Vancouver and Olympia. Testimony at the hearings will include witness testimony and exhibits, will be open to the public and available electronically.

For more information about the dangers of oil by rail, and to review additional Public Comments opposing Tesoro Savage oil terminal and oil by rail:

Stand Up To Oil