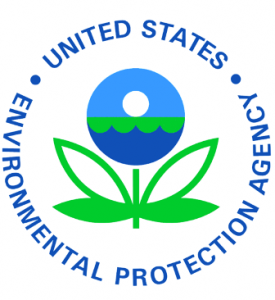 Despite Rosemere’s lawsuit and the subsequent national debate of the failures of the OCR, and despite your continued promises for EPA to increase efficiency in that office to make Environmental Justice a national priority, the OCR continues to fail in its intake and investigation guidelines in regard to Title VI complaints. To date, the EPA has ignored Rosemere’s various requests to meet with you and to voice our concerns and share our experiences in order to offer suggestions to improve OCR’s operations. And to date, only one case has ever attained a ruling of discrimination in support of Title VI claims [Angelita C. v. California Department of Pesticide Regulations] and it took more than ten years to achieve that result. Most cases are dismissed outright, claiming jurisdictional issues or other bureaucratic problems. Many groups across the country wonder why the OCR functions under such a dismal record, and this points succinctly to how OCR is disconnected from the disparate impacts that can be suffered by Environmental Justice populations nationwide.

Environmental Justice Enforcement is a very important tool that should be used to address discrimination that can cause adverse health impacts and environmental harm to neighborhoods where low income and minorities live and work. Whereas we appreciate the Title VI Supplement’s attempt to begin to fine tune the various agency failures, we feel that the timelines are vague and deficient and that they need to be more detailed to ensure future compliance success. We offer the general comment that EPA’s enforcement model under the supplement attempts only gentle compliance — collaboration, and conciliation rather than the promise of clearly defined relief. For example, in the Angelita case, the state of California did not experience the withholding of federal funds as required under Title VI guidelines when a real first-time case discrimination was established. We acknowledge that the state of California is currently experiencing a serious budgetary crisis, and that a freeze of federal funds as mandated under Title VI could be very serious, but without consistent penalties for discriminatory behavior there can be no success in altering the on-the-ground conditions that contributed the disparate impacts.

It is reasonable for the community to request EPA to be more open, to collaborate with the complainants as well as the agencies that are the target of complaints. Please don’t let this process degrade further into a debate limited to state’s rights of self government v. federal regulation. That argument is easily used to dismiss valid claims of discrimination and only points out how civil rights violations continue unabated in our nation.