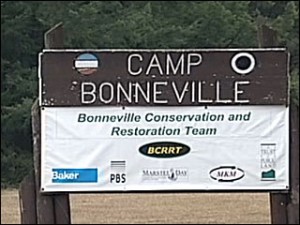 We are representatives of communities that host active, closing, and former military facilities. We ask that we, as well as state and tribal regulatory agencies, be brought into this important conversation.
We are sympathetic to the desire to have a consistent set of regulatory requirements from U.S. EPA or other regulatory agencies. However, twenty-six years after the establishment of the Defense Environmental Restoration Program, we expect some natural evolution in cleanup regulation as new problems are discovered and the scientific knowledge of the impacts of pollutants changes.

We support Congressman Sam Farr’s suggestion that a forum be created in which regulators, the military components, and affected communities seek common ground to achieve faster, more efficient, and more protective cleanups.

The letter dated April 14, 2012, was signed by Rosemere Neighborhood Association along with representatives of environmental and community groups, including Earth Island Institute, Arc Ecology, United Tribe of Shawnee Indians, and representatives of the Restoration Advisory Boards of former Defense sites in a dozen states.