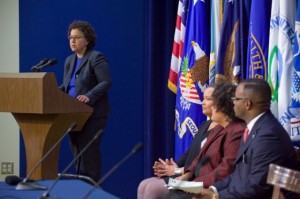 Rosemere has attended various meetings held by the Oregon Environmental Justice Task Force, and the Task Force has been supportive of Rosemere’s work. To date, Lisa Jackson, director of EPA, has refused to meet with Rosemere to discuss the 9th Circuit Case in Rosemere v. EPA, where the court found EPA had broken the law by failing to investigate Title VI complaints filed with EPA’s office of Civil Rights. Environmental Justice Communities around the nation have experienced the same failures by EPA, and have called for the Office of Civil Rights to be be revamped.

Link to the press release that Oregon Department of Environmental Quality issued on behalf of Governor Kulongoski’s office in celebration of the achievement award the task force received from EPA:  http://www.deq.state.or.us/news/prDisplay.asp?docID=3517