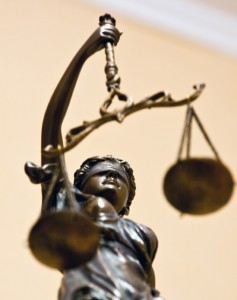 In February 2003, Rosemere first filed a Title VI administrative complaint with EPA’s Office of Civil Rights (“OCR”) alleging that the City of Vancouver, WA had discriminated in the provision of municipal services in violation of the Civil Rights Act of 1964. Rosemere alleged that Vancouver failed to use EPA funds to address fairly long-standing problems in low-income and minority neighborhoods in West Vancouver.

Soon after, Vancouver began an investigation into the internal operations of Rosemere and then revoked Rosemere’s status as a “recognized” neighborhood association.  The City also stripped the neighborhood of its historical name, actions later deemed “suspicious” by EPA.

Rosemere filed a second Title VI complaint with the EPA in December 2003 alleging retaliation by Vancouver. OCR failed to process the complaint of retaliation, investigate, or issue findings (in accordance with established Title VI timelines) until Rosemere filed suit against the EPA on two separate occasions.  Each time, EPA responded to Rosemere only after litigation was filed and then sought to dismiss the cases as “moot.”

The Ninth Circuit, citing EPA’s “consistent pattern of delay,” ruled that the claims were not moot and that the lawsuit should go forward.  The Court substantiated the claim that Rosemere is in “realistic danger of sustaining a direct injury as a result of the agency’s [EPA's'] disregard of its own regulations.”

Chris Winter, an attorney with the Crag Law Center, a Portland-based public interest law firm, represented Rosemere before the Ninth Circuit.  “For years, EPA’s Office of Civil Rights ignored civil rights complaints from all across the country.  This case sheds light on a long-standing national struggle for justice.”

Dvija Michael Bertish, a volunteer leader for Rosemere and said, “Hopefully this decision will help bring justice where civil rights and environmental impacts have been ignored nationally for many years. It is rewarding to know the court has taken steps to do right by Rosemere, and recognizes our work to help protect disadvantaged communities.”

The Ninth Circuit Appellate Decision can be viewed here (pdf format):  EPA Appeal  Decision.
RNA article from April 14, 2009, on Appeals Court Hearing can be viewed here.
To hear a complete audio file of the appeal court proceedings of April 14, 2009, click on these
links:
Media Player:  Rosemere V. EPA in US District Court of Appeals in 9th Circuit – April 14, 2009
MP3 Format (takes a minute to load – please be patient!): Rosemere v. EPA US District Court of
Appeals – 4/14/08

RNA article from April 14, 2009, on Appeals Court Hearing can be viewed here.

To hear a complete audio file of the appeals court proceedings, click here:

Click on the links below to view briefs filed in this case: