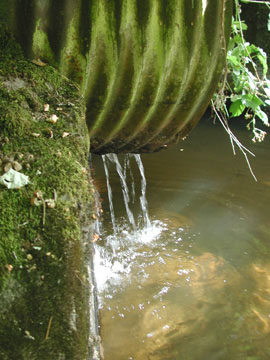 Today Rosemere Neighborhood Association delivered a Sixty Day Notice of Intent to file a Citizens’ Lawsuit against Clark County, Washington, under the Clean Water Act.  A copy of the Sixty Day Notice is attached to this press release.  Rosemere Neighborhood Association is represented by attorneys Theda Braddock, of Steilacoom, Washington, and Paul E. Brain of Smith, Alling, Lane, PS, of Tacoma, Washington.

In summary, Clark County has adopted stormwater control ordinances that are not in compliance with the State Stormwater Management Manual of Western Washington and Clark County’s National Pollutant Discharge Elimination System (NPDES) Phase I Permit.   In March 2009, Clark County received a Notice of Violation from Washington State Department of Ecology and is currently attempting to negotiate an alternative to the regulations outlined in the State Manual without public process or review.

At the insistence of the building and development community in Clark County, County officials have disregarded the State standards for flow control of stormwater.   County officials are also looking to relieve developers of development and impact fees at a substantial cost to the public.  Furthermore, in place of stormwater controls required by State regulations of new development and redevelopment projects, Clark County is seeking a way to undermine State requirements by shifting responsibility away from the builders and placing it squarely on the taxpayers in the form of unspecified capital improvement projects.   The Rosemere Neighborhood Association firmly believes that it is wrong for Clark County Government to burden the taxpayers with the associated costs of private development.

State regulations mandate stormwater infiltration into the ground to help recharge dwindling aquifer resources.  If the builders and developers are allowed to avoid infiltration and stormwater flow control requirements, this will not only jeopardize our drinking water source, but it will also continue to erode and pollute the public’s waterways.   Clark County’s groundwater is the source of our potable water supply.   Rosemere Neighborhood Association petitioned the EPA and received federal protection for Clark County’s vulnerable Troutdale Sole Source Aquifer System in 2006.

Clark County’s failure to control stormwater runoff as required by State regulations will only increase the pollutant levels that are continuously degrading our rivers, lakes, and streams, while simultaneously increasing the burden on taxpayers.